Review of The Hobbit: An Unexpected Journey 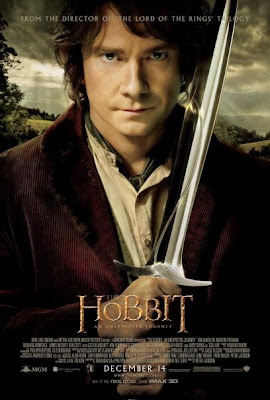 Like most fantasy aficionados I have been looking forward to this film ever since it was announced (and hoping for something like it since I was a kid); not just because I wanted to see it, but because I knew that my son (who is now eight) would be the perfect age to see it -- this could be his Star Wars. The Hobbit was the first "real" book I read to him when he was three. He saw the Rankin-Bass animated version at four (the same age I saw it when it originally aired). He got the graphic novel adaptation at five and the video game at six (the latter was like digital crack for him for a while). At seven he saw the Peter Jackson Lord of the Rings trilogy and was blown away. Recently he's begun reading the The Hobbit on his own and his Christmas list is filled with various Hobbit and Lord of the Rings Lego sets. So needless to say, the debut of Jackson's film adaptation of The Hobbit has been looked upon with great anticipation in our household.

But then as the release date neared the negative rumblings began to roll through the interwebz and blogosphere. "He's breaking it into three movies unnecessarily." "The new 48 fps speed looks fake." Etc. As the first reviews began to trickle in the rumbling increased. "It's too long." "The 48 fps looks fake." Etc. The so-called online "professional" critics, most of whom seem to lack the ability to formulate original thoughts or opinions and who are desperately afraid to admit they like something that other so-called online "professional" critics don't like, began to parrot each other as they often do. This created the beginnings of the kind of negative echo-chamber effect that unfairly sank John Carter earlier this year. Unlike with John Carter, however, it doesn't seem like the movie-going public is buying it this time. And thank Ilúvatar for that, because otherwise they would be missing out on a great film.

And yes, it is a great film. If you enjoyed Jackson's original trilogy then you will enjoy this prequel as well. Is it as good as the original trilogy? No, it's not. Is it Peter Jackson's Phantom Menace as some have suggested? Absolutely not! It has its flaws to be sure, mostly a result of the fact that Jackson was pressured into turning this into three films instead of two (but not in the way you might expect---more on that in a minute). But despite those flaws it is still an amazing cinematic experience and if you enjoy immersing yourself in a purely fantastic environment and if you enjoy a rousing adventure film you will certainly not be disappointed.

If, however, you are one of those Tolkien fans who simply cannot divorce Peter Jackson's and co-writer Fran Walsh's alternate vision of Middle Earth from that of the source material and enjoy it on its own terms, then you may have some problems with this film as well. Not because Jackson cut out parts of the original novel -- everything from the book was left in whether it needed to be or not -- but because the additions that were made change the narrative flow and even the characterization and motivations of some of the main players. Again this was due, I believe, to the original decision to do two films instead of one and then the last minute decision to do three films instead of two. 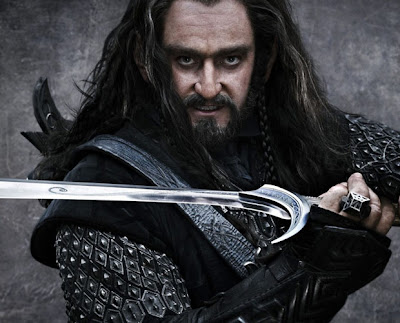 The first of these decisions, made early on in the production process, changed the project from a simple adaptation of Tolkien's book to a true prequel of Jackson's Lord of the Rings movie trilogy. This necessitated bringing in filler material from the appendices of The Lord of the Rings novels that would explicitly tie in the events of The Hobbit to the greater War of the Ring epic saga. The problem with that is that The Hobbit is really only tangentially related to that larger saga. It's a very personal, self-contained archetypal quest story about an unassuming "Everyman" that steps up when called upon and finds previously unknown courage within himself. By bringing in the appendicular material that takes place concurrently with the events in The Hobbit (e.g. the conflict between the White Council and the Necromancer), Bilbo's very personal story no longer becomes the primary focus and can easily be overshadowed.

When the recent decision to turn it into three movies was made this required creating an ending for the first part earlier than was originally intended. The point at which that new break was placed makes perfect sense and was the correct choice under the circumstances; however, this also meant that a new conflict and resolution had to be inserted where none existed before (or rather a very minor conflict and resolution was greatly increased in significance) in order to have a solid ending for this installment. The source of this manufactured conflict is a Tolkien character, removed from his original context and set up as a direct antagonist to Thorin. This is very similar to Jackson's creation of the Uruk-hai "Lurtz" as a manufactured villain designed to create a final fight scene for The Fellowship of the Ring. This new villain in The Hobbit is much more interesting than Lurtz and his rivalry with Thorin should have a payoff later in the trilogy. The problem is that this creates a third plotline that competes with Bilbo's tale, pushing that plot thread even further into the background. The new villain is very compelling and well done; so compelling that he unfortunately overshadows some of the other antagonists from Tolkien's original story.

Another problem with this newly-created finale to this newly-created first act is that the way the conflict is resolved forces certain characters to undergo changes to their personality that did not take place until much later in the book. In the big picture it's probably not significant, but it is a bit jarring and feels somewhat contrived -- probably because it is contrived.

So these are problems if you go into this film simply expecting a straightforward adaptation of the book. If, however, you understand and accept that this is not just an adaptation, but full-fledged prequel to Jackson' first trilogy with multiple plot threads taking place, only one of which is Bilbo's tale, then it's much easier to accept. As someone who has a great affection for the book this was a little disappointing for me, but I understand what Jackson is doing. I don't think it was necessary and it isn't what I would have done, but I understand from his perspective why he did this. 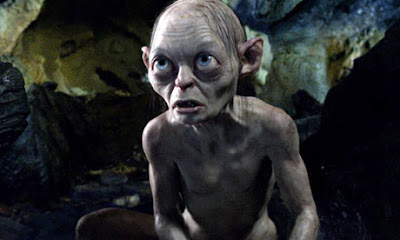 If you're able to look past these changes or if you're not heavily invested emotionally in the original book, then you should find this film to be a very enjoyable cinematic thrill ride. I saw it in IMAX 3D, but only in regular 24 fps so I can't comment on the HFR 3D version. I do want to watch again it in 48 fps just to see what it looks like, though it clearly has been a problem for some people. What I saw looked great. It was beautifully shot. The 3D, which I'm not a big fan of generally, worked well and wasn't distracting or annoying. There were a few action sequences that were a little "video gamey" and close to being overdone, but they never quite crossed the line. I was fine with the pacing and the length as well. There are some slower moments in the first half until things begin to take off in the second, but I didn't think that was a bad thing. I am so sick of the Michael Bay never-get-a-chance-to-breathe style action films. This film had room to breathe and it made it a more enjoyable experience.

The acting was top notch across the board. Martin Freeman nails Bilbo -- absolutely nails him. Richard Armitage was a very compelling Thorin, though this wasn't really Tolkien's Thorin -- more like Tolkien's Thorin after undergoing testosterone replacement therapy. Andy Serkis as Gollum was brilliant as usual and the Academy really needs to remove its head from its ass and nominate this man for a Best Supporting Actor Oscar.

The dwarves looked much less silly in the actual film than they did in the stills that were released early on. The attempt at keeping the humor and light-hearted feel of the original novel and yet also trying to maintain the serious tone of The Lord of the Rings could have been an incongruous mess, but I actually think Jackson managed to pull it off fairly well. There was really only one or maybe two "dwarf-tossing"-style cringe moments that should have been avoided.

All in all this was an excellent film. Not quite up to the standards of the first trilogy perhaps, but a worthy prequel nonetheless. The original book was intended to be enjoyed by children, so ultimately it's only through eyes of a child that its worthiness as a representation of Tolkien's legacy can be measured. The amazed and enrapt expression on my son's face throughout film and his immediate vocalized desire to see it again as soon as the credits started rolling are perhaps the best indication that this test was easily passed.

ADDENDUM:  So my son and I went back tonight to see it again -- this time in 48fps. It was spectacular. I wish we had seen that way the first time. It is definitely a better experience. The 3D looked more natural than in any other 3D movie I have ever seen. The "layered" effect that you often get with most 3D movies (including this one in 28fps) was no longer there. I was able to see details I had missed before and the CGI looked more real. If you have the choice I would highly recommend going with the 48fps as that is the way this is meant to be seen.
Posted by Jeffrey Shanks at 1:46 PM

Email ThisBlogThis!Share to TwitterShare to FacebookShare to Pinterest
Labels: Lord of the Rings, Movies, The Hobbit, Tolkien